Of all the safety mechanisms in automobiles, the most basic one, and the most crucial one is the braking system. The ability to stop a vehicle is as important as any other critical component in the automobile, if not more.

The braking system in a vehicle includes either slowing down or entirely halting a vehicle. Brakes can be classified into three categories. Let’s see what they are: 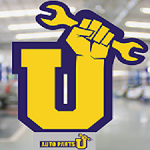 When two things rub against each other, there is a resistance caused in between them. This is caused by the imperfections on both the surfaces. This resistance offered by the surfaces against movement is called friction. This property is what is used in the frictional braking system.

There are two kinds of friction, static and kinetic. Static friction is what results when a static body is prevented from movement. A good example is the parking brake. Kinetic friction is caused when a body moving with some kinetic energy and momentum is stopped by another body touching its surface. What happens is that kinetic energy is converted to heat energy and thus the moving object gets stopped. But in static friction, since there is no momentum, no heat energy is produced. 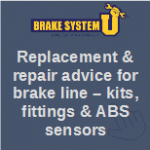 Unlike frictional brakes, which deal with slowing down the wheel, the working of this brake involves slowing down the engine. When the driver stops accelerating, the pistons in the cylinders would continue to move up and down due to the momentum of the vehicle. In diesel engines, while the piston goes up, it compresses the air above, and since there is no fuel coming in, it would be forced downward, just by air pressure. Because of this, the slowing of the vehicle is delayed. In pumping brakes, when the brakes are engaged, the compressed air is released through a valve just before the valve starts backing down. With the combination of air resistance while going upward and no force while coming down, the piston is slowed considerably, thus causing braking of the vehicle.

In the spring type, when no electricity is applied to the brakes, the springs push against the plate generating friction, not allowing the wheel to move. When the brake is disengaged, electricity flows through the brakes and pulls the contact with the plate away. Since it uses friction as a means to slow down the wheel, it can also be considered to the frictional braking category.