The term “gig worker” is directly related to gig economy, which is marked by recruiting people on part-time basis where the payment is made for individual tasks. There is no fixed salary.

It is observed that the US is progressing in the direction of giving itself the identity of a gig economy. As on date, approximately 30 percent of the working people of USA are in the position of gig workers.  In light of that, it is just logical to state that more people are going to work in a manner so as to be classed as gig workers.

The continuously-evolving digital technologies pose a serious risk to the future of few conventional jobs. But the gig economy’s growth has brought in element of security of job. Here, “security of job” must not be interpreted in the customary way, as here it refers only to availability of countless gig jobs. 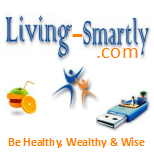 The points covered above highlight the significance of the concept of “gig workers”. Therefore, it’ll just be appropriate to speak about some primary features of the job profile of a typical gig worker:

At this juncture, we need to have basic understanding of some of the more popular areas, with respect to gig jobs.