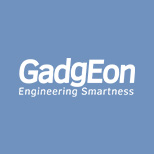 World Wide Web Server: An internet server which support specially formatted documents. The documents are being formatted using the HTML (Hypertext Markup Language). And this markup language provides links to the other documents. By using a simple click, one can move from one page to another page. Different web browsers are used for accessing the world wide web. The main popular web browsers which are popularly used are the Firefox and the Microsoft’s Internet Explorer.

Domain Name System Servers: For joining in any domain name system, the computer must be registered. The registered computer is called as the DNS server. Without any regard to the physical location of the users ,the domain name system assigns the domain names to various internet users in a meaningful way. A special networking software which has the features of IP addresses and the databases is run by the DNS server. The database of the software will contain the information regrading the names and the addresses for other Internet hosts.

Mail servers: These servers are used for e-mail transferring process. This server is used to receive and send e-mails via Internet.

Chat Servers: By using this type of servers, one can exchange the information just like the Internet groups which offer the real time discussion capabilities.

These are some of the types of servers which are used on Internet.