One of the most advanced forms of advertising the products and services of a business is by the use of Internet. Online advertising promotes the messages of the businesses directly to the customers in an attractive way. The rise in trend of online advertising has been enhancing the growth of spending on online advertisements. 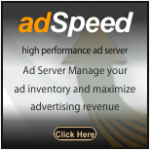 As per the eMarketer estimations, online ad spend would see growth worldwide and US would be in the leading position. The estimates were found through analysis of data from various sources like investment banks, governmental organizations, research firms and ad agencies. They also included the analysis of global trends in economy and advertising markets.

The online ad spend growth in 2011 is estimated to be 50% in middle East and Africa, and 20% in Latin America, 18% in Asia-Pacific, 17% in eastern Europe and 12.5% in western Europe. However, they are not expected to reach the share of outlays of the US.